The Kamikawa Ainu began producing carved wooden bears as a new livelihood when they had to adapt to rapid lifestyle changes caused by the settlement of large numbers of ethnic Japanese, called Wajin, who came from Japan’s main island of Honshu. Their woodcarving skills have been passed down to Ainu and non-Ainu people alike, and the woodcarvings now include animals other than bears. 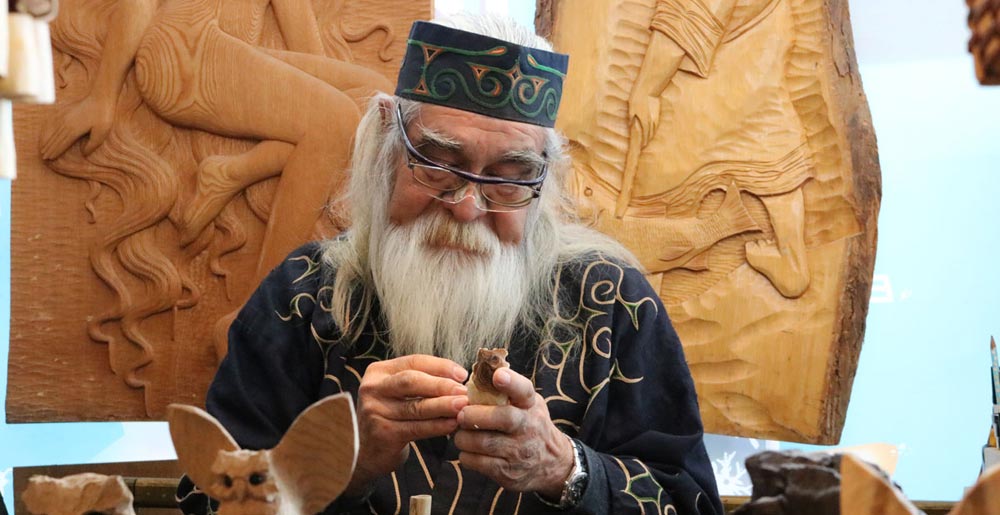