The Kamikawa Ainu have been passing down the skills necessary to build their traditional dwellings and other structures. 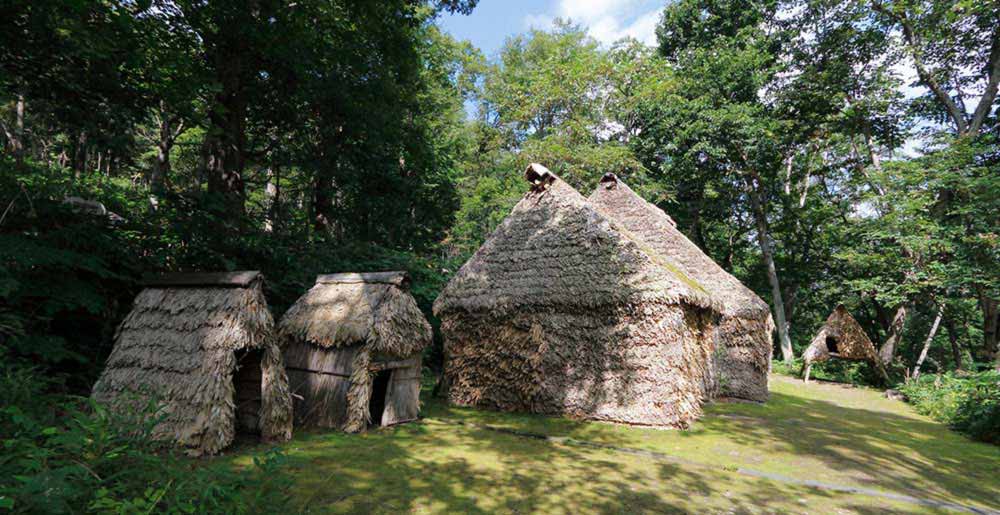 Ainu homes are recreated using wood, thatch and other natural materials without nails or other tools for the preservation and proliferation of the culture of the Kamikawa Ainu. Kamikawa Cise are characterized by a roof and walls covered in broadleaf bamboo. There is a sacred window at the seat placed at the head of the hearth in the center of the room. This is called the Kamuy Puyar (god window), and is said to be the way gods leave and enter. It was used to accept meat from the gods as well as take ritual tools in and out. 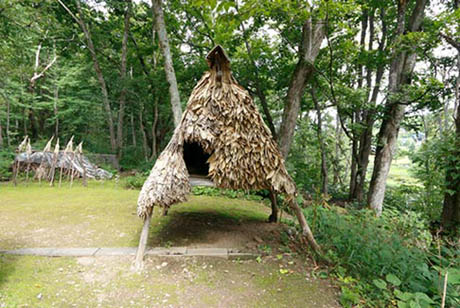 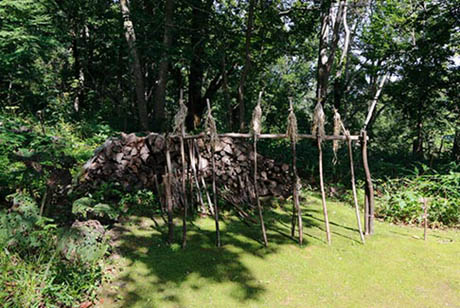